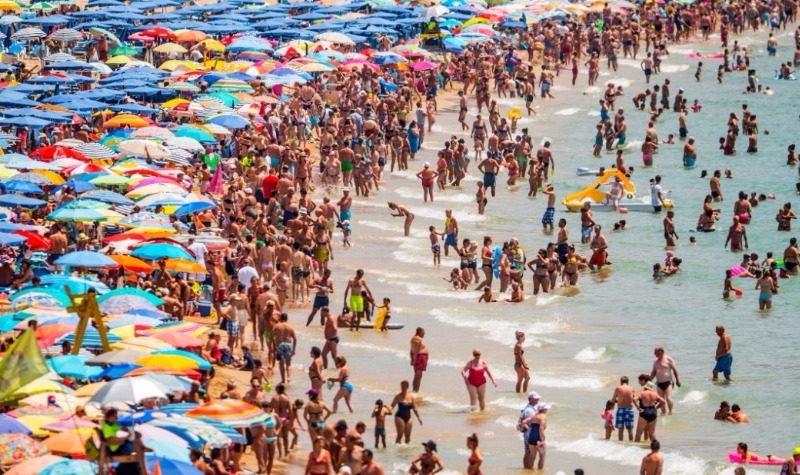 According to Exceltur data, in 2016 the tourist sector generated revenues 125,000 million euros. A figure much higher than that registered by Saudi Arabia that stayed in the 83,000 million by the oil.

It has always been in the imagination of the Spaniards that any other Western country is better and that another production model is always more successful than the one installed in our country. A feeling that takes wings when the comparison is with other states of the European Union such as Germany, France or UK and that magnifies when we look towards the Persian Gulf. Saudi Arabia lives on oil and its status as the world’s largest oil exporter. Spain, on the other hand, lives on tourism as its main destination and its income. Two countries, two economies and two totally different market models with conflicting results.

Historically, oil has been synonymous with wealth in abundance and prosperous industry envied by own and strangers. As counterpoint, today, a part of Spanish society that sees with good eyes the accrued by the black gold business, mortifies the industry turned in tourism, with altercations in the streets shouting “tourists out” with the Aim to expel the outsiders who cram the main cities of the country while leaving an enviable economic trail.

In 2016, Spain added, according to Exceltur, 125,000 million euros for tourism, while Saudi Arabia was 83.862 million euros (329,000 million dollars) corresponding to oil revenues, which is equivalent to 62% of the total Of income in the Arab country. The injection in petrodollars has fallen 26% compared to 2015 and 64% since 2014. In other words, Spain enters almost 50% more by tourism than Saudi Arabia for oil.

Exceltur’s 2016 outlook for tourism outlook points to the exceptional figures achieved last year. On the one hand, “tourist GDP accelerated its growth to 4.9%, which means an increase of 6,414 million euros in activity to reach 125,000 million, which allows the share of tourism in the Spanish economy to rise to 11 , 2% of GDP “. On the other hand, “tourism generated 80,688 new jobs in 2016, at a rate of 5.7% -the largest of the large sectors of the Spanish economy- according to Social Security data.”

A figure that has its reason for being in the number of international tourists who visited our country. In 2016, all the records of the historical series were broken with the arrival of 75.3 million tourists, which translated into an expense, by these, of more than 79.738 million euros, according to statistics of tourist movements In frontier (Frontur) and the tourist expenditure survey (Egatur) that collects the INE.

Spain, for what the data says, like it and much. Prospects for 2017 point to a new record. The figures published by INE show that between January and June of this year 36.3 million international tourists have arrived in our country, that is, almost 4 million more than in the same period of 2016. Stratospheric records that have Located to Spain in the third step of the podium of the ranking of the main tourist destinations.

In the last edition of the World Tourism Organization (UNWTO) Panorama in 2016, in 2016, Spain was the third most visited country on the planet with the arrival of 68.2 million international tourists and the third, also , By income derived from visits of foreigners with a total of 56,500 million dollars. In macroeconomic figures, that year, the National Institute of Statistics (INE) amounts to 119,011 million euros of tourism’s contribution to the Spanish economy, which represents 11.1% of GDP in 2015. In terms of employability, the tourism sector Gave employment to almost two and a half million people, or 13% of the total employed in Spain, according to EPA data for that year.